Antibiotic residues in meat, another health concern in nowadays 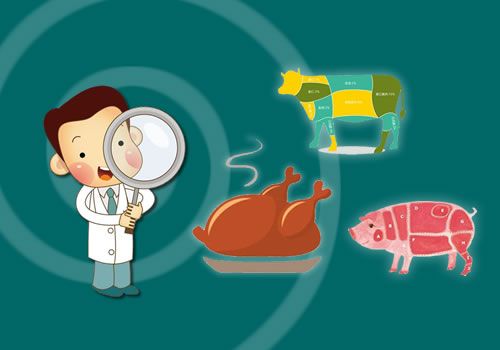 What is antibiotic residue?

Antibiotics are used in animal husbandry for the treatment and prevention of diseases. To avoid undesired residues of these substances in edible tissues, maximum residue limits (MRL’s) have been established in the EU. Products produced in the EU have to fulfill these residue requirements. Self-monitoring by the meat-industry, farmers and retailers is an important tool to ensure consumer safety with regard to antibiotic residues.

Currently, sulphonamides, tetracyclines, quinolones or fluoroquinolones (ciprofloxacin, enrofloxacin, oxolinic acid, flumequine, nalidixic acid, sarafloxacin, danofloxacin, orbifloxacin, marbofloxacin, gatifloxacin, and grepafloxacin) and streptomycin, etc are the main antibiotics used in animal production. Several organizations such as the Food and Agriculture Organization (FAO) and the European Union (EU) have set tolerance or maximum residue limits (MRL) for antibiotic residues in food-stuffs derived from animals according to the regulations governing the maximum limits for veterinary medicine in different countries.

The analytical methods for the detection of antibiotic residues can be divided into two groups as follows: screening and confirmatory testing. There are different screening methods for the detection of antibiotics in foods of animal origin such as thin-layer chromatography (TLC), enzyme-linked immunosorbent assay (ELISA), lateral flow immunoassay (LFIA, or rapid diagnostic test kit, RDT), HPLC, microbiology inhibition test such as Delvo test, Premi-test, etc.  For confirmatory analysis, HPLC, HPLC/MS/MS are frequently employed.

RDT or lateral flow immunoassay is now the main method used in farms, slaughterhouses and small labs. It is quick, sensitive and accurate when used properly.  For the testing of antibiotic residues in meat, it is easier to go with RDT.

What is required for RDT for meat analysis

Meat analysis does not require too many instruments, basically, the following devices or instruments are needed.